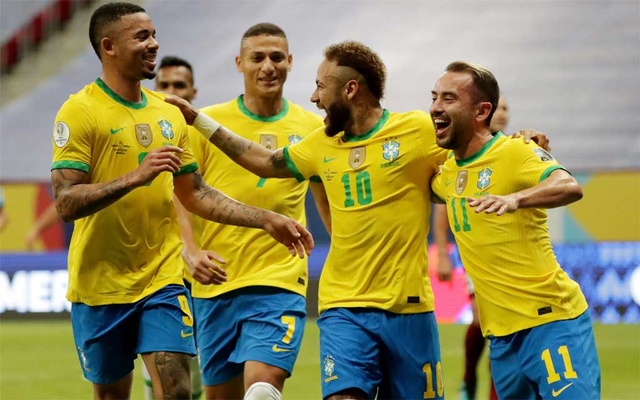 Argentina beat Brazil 1-0 in Rio de Janeiro in July to win their first major title since 1993.

But the day before the two sides meet again at Corinthians’ ground in Sao Paulo, Barbosa dampened talk of revenge and said that defeat was in the past.

“This is the qualifiers, we’re doing well, we’re coming off the back of another win. Obviously we’re sad about the loss in the Copa America but this is a new moment,” the Flamengo forward told reporters.

“We need to play well, enjoy ourselves and deserve the win.”

Argentina are unbeaten in 21 games but Brazil are runaway leader of the South American qualifying group.

The home side have won all seven of their games so far and top the table with 21 points, six ahead of second-placed Argentina. The top four teams qualify automatically for the World Cup finals in Qatar 2022.

The hotly anticipated clash is the second of three World Cup qualifier dates for South American teams in September.